*
« My softwares for statistical phylogeography

Recently, I began to work on a new project that requires to manipulate species trees, using Newick representation as input/output. I was tying to track down a series of bugs in the legacy code, but my task was made utterly complex by uncooperative pointers who had invaded all interfaces, conquered the core of the code, and corrupted pretty much all classes who were maybe a bit too friendly with the invaders

In my Quetzal library where I try to gather reusable components for population genetics, I had to tackle similar problems to save genealogies simulated under different scenarios- and I was not too happy with the solution I had written at the time: it required to duplicate the code for every new use case!

So for this new project, rather than quadruplicating the code, I decided it was time to do things well and come up with a unique, truly generic, reusable Newick formatter, and share it with the community

And also, because it’s a learning process that deserves to be shared, I thought it could be a cool opportunity to show what software design rules guided my coding decisions

I know your time is precious!

If you have been coding for population genetics, I guess you are familiar with the Newick format to describe trees using nested parentheses. If a parent node A has to children B and C, then its (non-unique) Newick formula is (B,C)A;. Easy. The format comes with a number of variants:

Here is the catch: there is no modern C++, generic, reusable, tested implementation available, even if:

The costs and risks of recoding

Not having a standard tool to perform a standard task comes with a number of costs and risks, that tend to be associated to rather strong feelings towards ourself … and our unfortunate compilers friends. 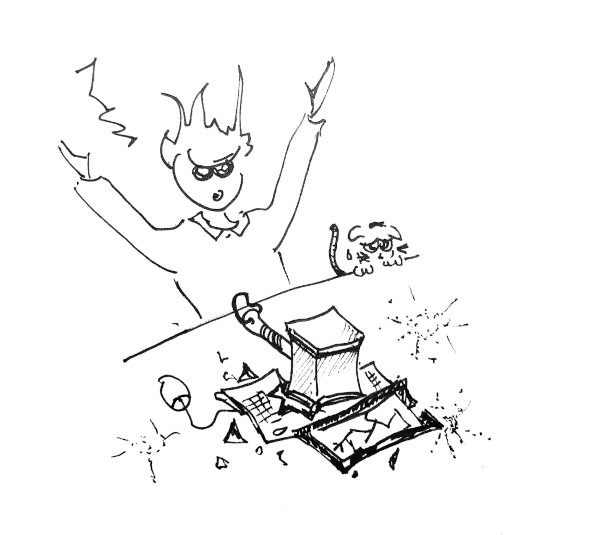 Through your arrogance and stupidity, you've opened these peaceful realms
and innocent lives to the horror and desolation of war! You are unworthy of these realms,
you're unworthy of your title, you're unworthy... of the loved ones you have betrayed!

Time is money, researchers have none.

If you want to save or load trees in the newick format, you would have to recode

In short: You. Have. To. Freaking. Recode. Everything

Probably like a gazillion of C++/bio researchers before you

Well. That’s really bad. At the scale of our academic community, it is a lot of cumulated time that has been lost in reinventing the wheel. And time is money.

You may think it’s okaaay, it’s easy to recode anyway

And you would be right! You can surely find a way to dump a bunch of nested parenthesis, letters and number in a stream!

But have you though about everything that can (and will!) go wrong?

A recent work showed that out of 4 popular genetic simulators only one performed correctly, the 3 others had statistical errors in their simulated distributions. Nobody knows where the bugs are. All programs happen to read, write and manipulate trees

Suspiciouuus. Could the bug be hidden in their tree formatting code?

That will be difficult to test and tell if the formatter code is embedded within the rest of the software and can not be tested in isolation!

Small bug can have real-world impacts

Our programs don’t exist in a cloud

Science projects have real-world applications and any errors that goes around the code comes around at some point. Programs that use Newick format tend to care about the formation and delimitation of species, and their conclusions can inform the status of endangered species, provide guidelines to decision-makers and help decide on how to use taxpayer’s money.

Yes, I just made a joke about climate change

It is actually a design problem 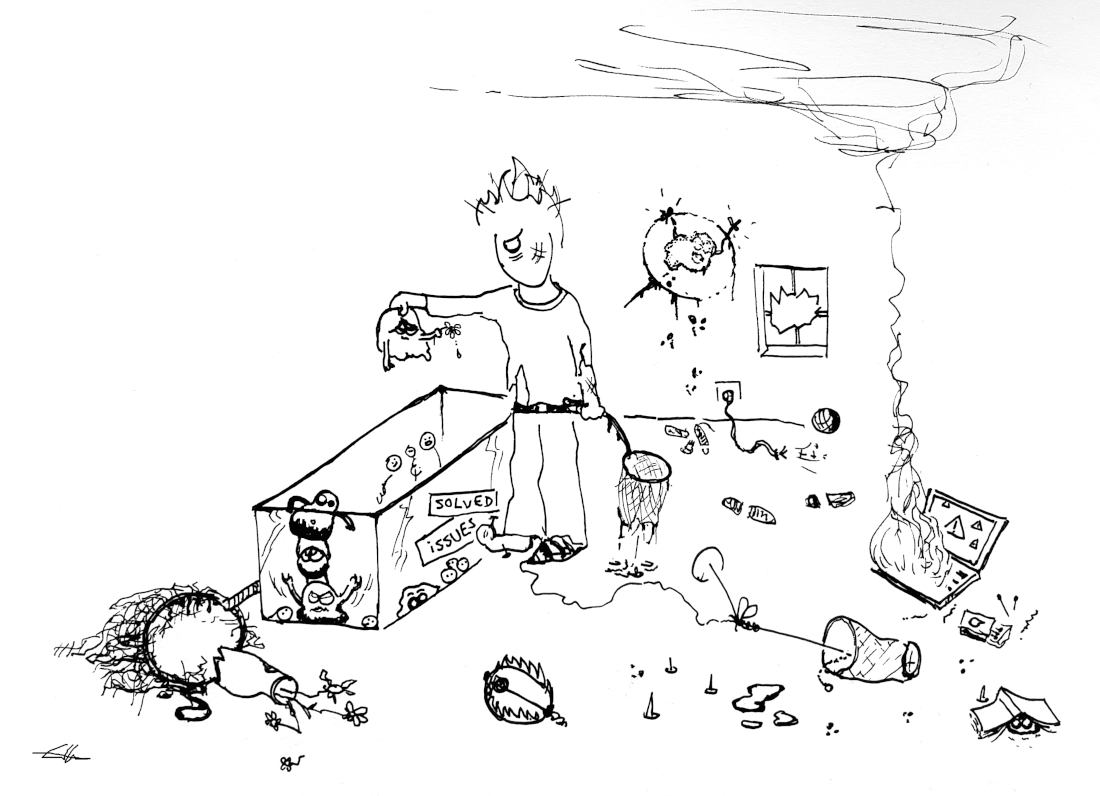 The ebb and flaws of untestable research softwares

To be fair it’s okay if you get bugs because of a messy design: everybody knows our programs often look like a bloody battlefield where programmatic catapults, antique trebuchets and futuristic ovnis join the battle against the Cloud of Unknowing.

What is not ok is that you had to recode this feature by lack of a community standard.

Modular design - that is, the art of programming truly independent and testable entities - is a complex matter, and its cost should be shared across academic communities. Here I show a way out.

Why you should get familiar with software design culture

Sources of error in a hand-coded Newick formatter will surely get compounded with bugs from other classes that exist a bit too close from the formatter’s code. Learning how to disentangle this blob will require at least some familiarity with design concepts.

If you are not into modern C++ or software design, (what I can understand

), then you may not have heard of the Single Responsibility Principle or you may underestimate the importance of a strong separation of concerns in a software. They are essential to moving to the next stage of computational biology!

So take your time, read about the Five SOLID principles, read the papers of Robert C. Martin, or “Uncle Bob”, and know how to recognize, name, and fix bad smells in your code: rigidity, fragility, viscosity, and immobility.

Acknowledge that there is a cultural problem too

The unfair truth is that I really don’t think it’s the fault of the programmer (usually an over-worked, stressed and underpaid PhD student

) if there is a bug in the matrix: our entire community has been unable to generate the reusable code solutions the programmer could have used.

When most of our C/C++ programs do very similar things, isn’t it intriguing that we don’t we have shared, reusable libraries yet?

Why is this? From my perspective, it’s because these reusable solutions generally rely on higher degrees of abstraction, and researchers tend to be uncomfortable around such code as:

You see the vicious circle?

So, how do we short-circuit this circular problem? With modern C++ design, of course

Learn to recognize the smell of poor design…

Counter-intuitively, a lack of abstraction has rather concrete ways to manifest itself into the code:

We’ve all been there

The solution is going the other way around: 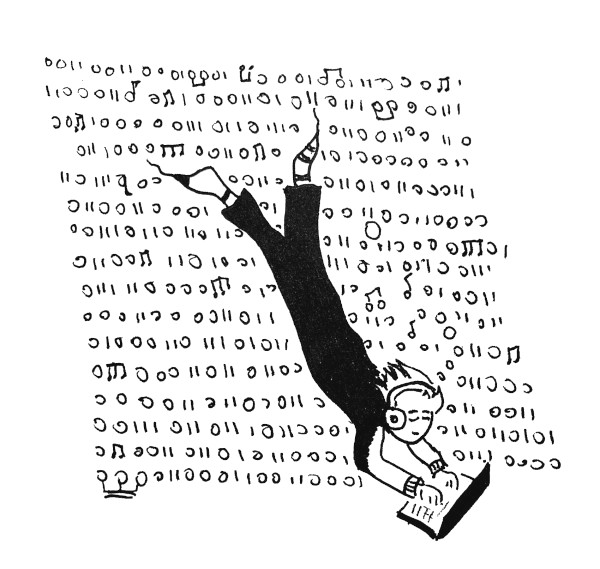 What we are aiming at

When I have a new feature to implement, I look online to see if some code already exists so I don’t reinvent the wheel. However, my ability to find and reuse such feature depends heavily on how it was initially coded. What I’m looking for is a carefully crafted, self-contained algorithm (or a class) that embeds its essential responsibilities but abstracts all non-essential aspects of the problem.

If you want more details about the why, check my article on the Single Resonsability Principle.

In a few words, I’m looking for a code with a satisfying level of abstraction that allows me to simply copy-paste the code and inject my own context-specific details into it without modification.

The C++ Standard Template Library is a brilliant example of such components: whatever I’m doing when I’m using STL containers like a std::vector or a std::map to store my objects or a STL algorithm like std::accumulate to sum the element of an iterable, I never, never, never had to modify the STL source code. Absolutely reusable containers, algorithms, iterators and functors: this is absolute genius!

That’s why the STL is now kinda synonym with modern C++: why would you code without this incredible resource?

Let’s try to go there together!

As I was saying, I want the test to be minimal:

Let’s consider a very basic node class, with a data field, a reference to the parent node (for backtracking) and two references on children nodes (implicit assumption of a binary tree).

Please do NOT reuse this class in real-world projects! It’s intentionally close to commonly found implementations, but it’s not a good design! For example, you should avoid as much as possible raw pointers: they lack the syntax of ownership (that is, the responsibility for cleanup). Instead, use smart pointers, they are so much safer!

That being said, using raw pointers here serves the illustration by offering a syntax the readers are familiar with, and show that it is actually possible to contain the flood of pointers behind a strong-enough interface - and avoid them to contaminate the code further!

The reason to implement the DFS outside of the Newick Formatter is that with the current standard of the language (C++20) it is not possible to offer a DFS that will work for any client class:

In clear, we will build a formatter to be able to access the member data of our Node class, and then we will expose the formatting operations through 3 functors (callable objects):

and pass these functors to our DFS who knows exactly when it is supposed to call them when iterating on a node’s children.

Since we have our dummy class, we can build a dummy topology to play with:

Testing the formatter with the simplest case

This feature allows to test at compile-time if a type fulfills the requirements we expect them to fulfill. For example:

At this point, all non-formatting operations are defined out of the formatter class, what makes it truly reusable:

At this point you may consider actually printing useful information

Good news: you can actually define the formatter labels as you see fit. As long as they take a Node as a argument and return something convertible to a std::string, it’s fiiine!

So here I emulated what generally happens in a real population genetics simulator: you simulated quantities and branch lengths under an arbitrarily complex random distribution, and now you want to visualize it.

Well, you can do that too with our new Formatter:

And as an output you obtain:

As we saw in the introduction, Newick format has a number of variants, as every program using it comes with its own assumptions on the format validity. For example, the TreeAlign program does not allow nested comments, and requires that the root branch is set to 0.0.

How to allow users of our class to:

It’s exactly what policy-based design is for!

A policy class is a class that specify/isolates a set of behaviors that are orthogonal to the rest of the program.

Is it a bit abstract? Let’s get a more concrete example: a TreeAlign policy does not require to redefine the entire behavior of the Formatter: rather, you just need to somehow tell the basic formatter that it may have to treat comments a bit differently, and that it may have to use a different way to treat a branch length when it finds a root node.

The way to do that in the C++ implementation would be to write a dedicated TreeAlign structure which only responsibility is to encapsulate these behaviors (SRP):

The Formatter, when it’s called with the TreeAlign policy, will ask the structue to give it access to the right function at the right moment. For example, inside the Formatter class in the post-order operation code, you will find something along these lines:

The magic of policy-based design is that these decisions are actually formed at compile-time!!! So you’re not trading flexibiity for efficiency: you are actually getting both!

Even better, as a user of our Formatter class, you don’t need to care about any of the above, you just need to pass the right policy to the formatter builder

I looove modern C++: it allows us to encapsulate the details of our real-case troubles into shiny bubbles of beauty, simplicity and efficiency! Isn’t it what code should be after all? 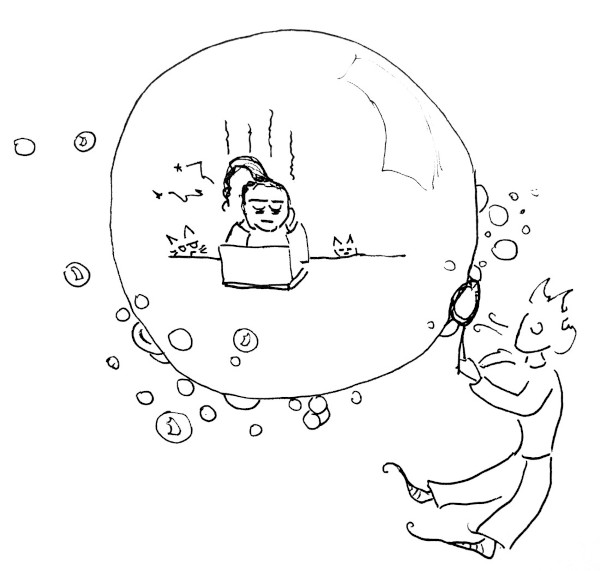