If you made good use of the Single Responsibility Principle, your code should begin to look more and more like a team of independent but cooperating entities, each one having their specific role and their unique qualities. It’s actually not so different from a basketball team, where the position of a player on the court is associated to their individual behavior and qualities. The point guard position requires good leadership and considerable ball-handling skills. You generally want your shooting guard to be the best, most accurate long-distance shooter, your small forward to be aggressive, and the center to be the tallest of your team. Also, when one of your best player passes out during a game, you want to preserve the team alchemy by picking a substitute with similar responsibilities, qualities and behavior. Similarly in a code project, when one class has to be replaced, the Liskov Substitution Principle (the L of the S.O.L.I.D. principles) can make this step considerably more secured by guaranteeing that this new programmatic player will interact with its teammates in a way that is comparable with its ancestor. This is generally enough to make sure that this change will not throw the entire computer play-field into disarray.

A bit of history

The L.S.P was introduced by Barbara Liskov, one of the first American women to get a doctorate in computer science! She earned a BA in mathematics at Berkeley in 1961, where she had only one other female classmate! After her graduation she applied to mathematics programs at Berkeley and Princeton, but Princeton was not accepting female students in mathematics at this time - sigh. She went to Standford, where the topic of her Ph.D. thesis was to develop the Huberman’s program to play chess end games where few pieces play against a lone King. For this, she developed the Killer Heuristics (a quite French way to bring down the chess patriarchy).

With Jeannette Wing, Barbara Liskov developed a distinct definition of subtyping that can help programmers minimizing side-effects in our code: the Liskov Substitution Principle:

Liskov Substitution Principle: Let A(x) be a property provable about objects x of type T. Then A(y) should be true for objects y of type S where S is a subtype of T (Liskov and Wing, 1994).

If you are like me and easily scared by maths, well, I can ensure you: there is nothing intimidating here! Subtyping is simply what happens every time you derive a class S from a class T.

Derivation (or inheritance) is the fundamental mechanism of Object-Oriented Programming that makes possible to reuse (not modify) old code and to build upon pre-existing classes, rather than entering a copy-pasting frenzy (what you generally want to avoid).

What Liskov tries to tell us here is that whenever you use inheritance, you should pay extra-attention to make sure that any property of the ancestor class remains true in your derived class. In other words, if you have a big game coming but that you need to replace your injured center player, you better make sure the new guy is at least as tall as their predecessor. 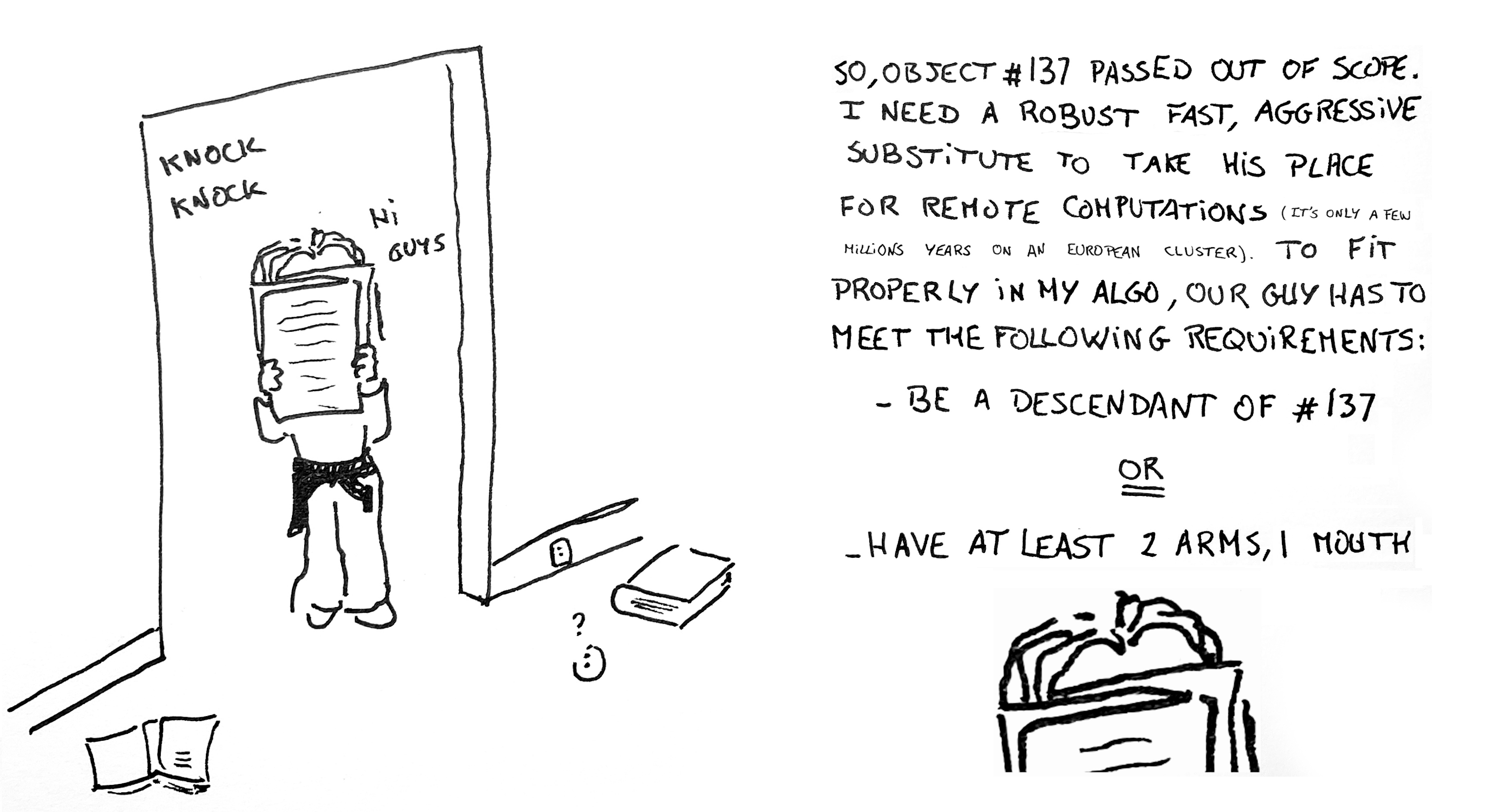 If you are familiar with Object-Oriented Programmming, an alternative formulation of the L.S.P that I find easier to understand is the one that Robert Martin gives:

Functions that use pointers or references to base classes must be able to use objects of derived classes without knowing it (Martin, 1996c).

This ensures that you can modify a part of your code and extend its functionalities without breaking the rest of the application every time you need to substitute an object by another. 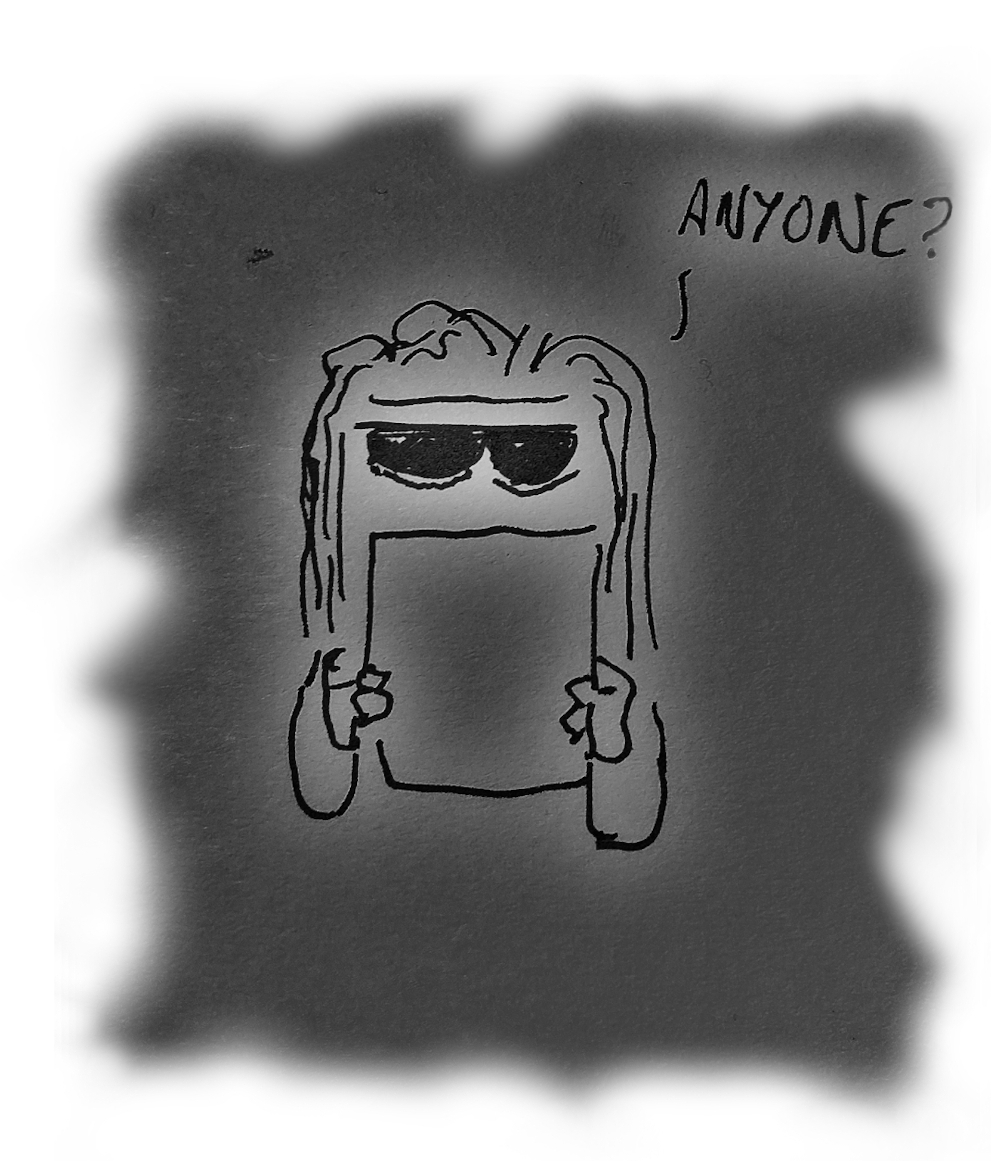 I find the Liskov Substitution Principle particularly elegant because it’s one of the few design principles that actually has a formal, logical definition. Think about how open to interpretation the Single Responsibility Principle was: it does not constrain the definition of a responsibility, it only constrains the number of responsibilities a class should have. Even if you are seriously committed to giving one and only one responsibility to each class, the actual interpretation of a responsibility is still up to you! And this vagueness is not always a good thing because it leaves room for mistakes, poor decision making and bad design. Well, with the L.S.P, we don’t really have that much space to mess up: its formulations are actually pretty clear. 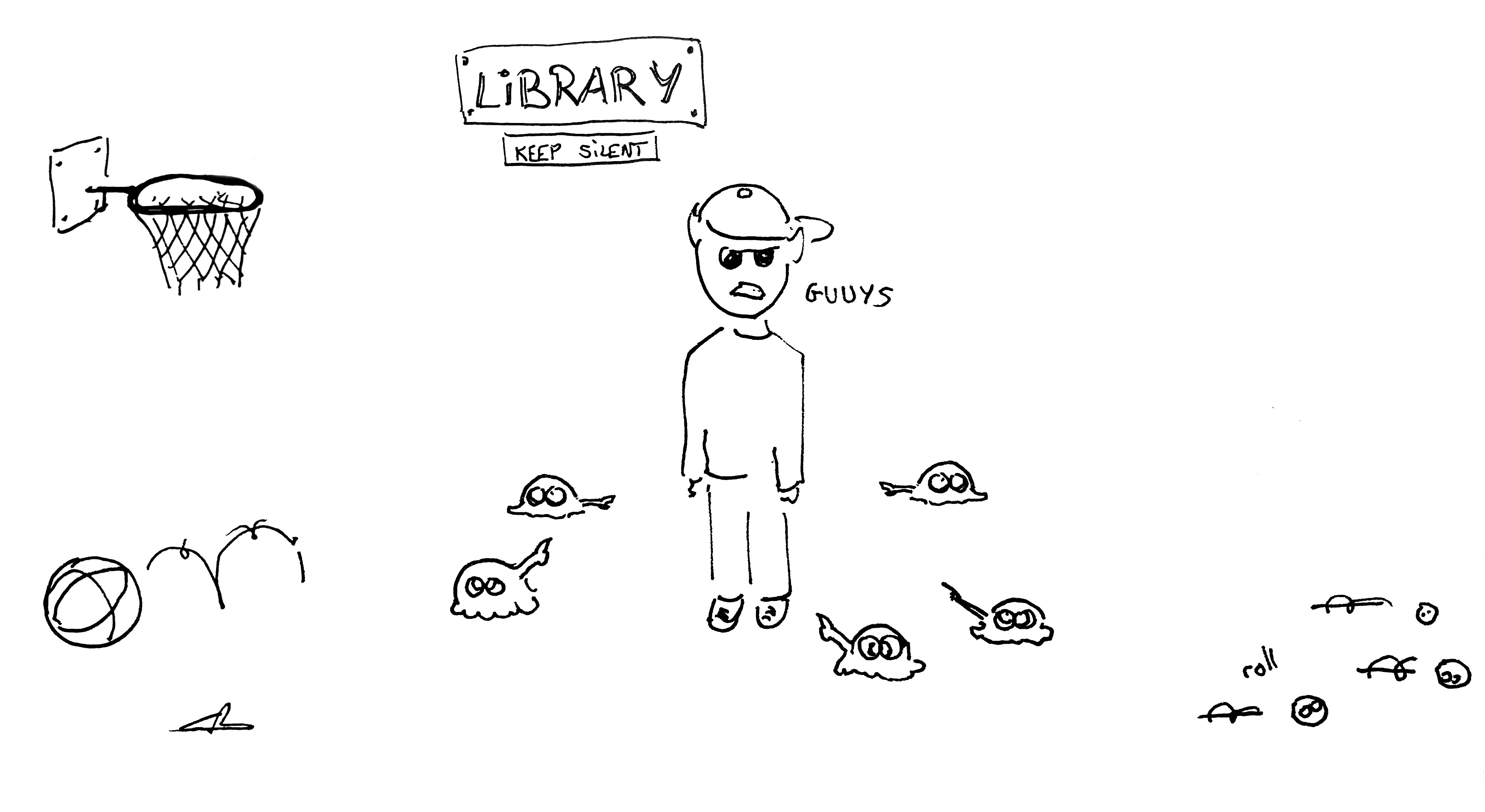 Imagine you developed a library to simulate birds migration. You proudly declared a base class Bird to generalize the concept of bird, making your brilliant code applicable to any kind of bird:

Somewhere else in your library, you can use this abstraction in a function to represent the dispersal of a population of birds towards new habitats. This generalizes the dispersal process to any kind of bird:

But your research is not about abstract birds at all!

This duck has pretty weird dispersal patterns: individuals randomly disperse when there is a flood, but tend to stay sedentary on permanent waters. But in Northern Australia they tend to spend the dry season (winter and spring) on the coast, but then migrate inland when the summer monsoons come. In short, a pretty interesting bird you want to apply your code to!

So you begin the code extension by deriving a class from the Bird base:

This brand new class gives you all the space you want to hide all the weird ecological details of the Pacific Black Bird: you will certainly add few data members to store the species ecological preferences and add some member functions to implement their unique quacking and mating behavior.

And you run your code.

Because PacificBlackDuck is derived from Bird, it automatically inherits its public method fly: the function disperse_all has access to everything it needs when it calls bird.fly(). Your code executes perfectly: it prints some results in the terminal, and you walk with an immense pride towards your PI’s desk to show off your results.

Imagine that after you published the study of the Pacific Black Duck, you are are now faced with conducting the same analysis with the Kiwi dataset (the bird, not the fruit).

Unfortunately, there is a big caveat here! The Kiwi class will inherit from the fly method. But trying to call fly on a Kiwi makes makes no sense since it’s a flightless creature! That so lame! In the present state, the logic of the code is actually ill-defined! Yeah I know, how disappointing. Let’s fix that.

Of course your first instinct will be to test if the bird at hand is a Kiwi, and if so, to call the method hop rather than fly in the disperse_all. Well, I hope Derek did not hear you saying this. It’s called Runtime Type Information (RTTI). and it’s generally NOT a good idea: trying to identify the real type of an object in order to call the appropriate function is a common violation of the LSP. It would also clearly violate the Open Closed Principle, since the disperse_all code would have to be modified each time that a new derived class (e.g., a Penguin) is added.

What the L.S.P. says is that if you want to avoid big problems, you should instead refactor your code to preserve its conceptual integrity by defining a clear hierarchy of concepts!

And tadaaaa ! You end up with few more classes, but a much more consistent logic. More importantly, your code is: 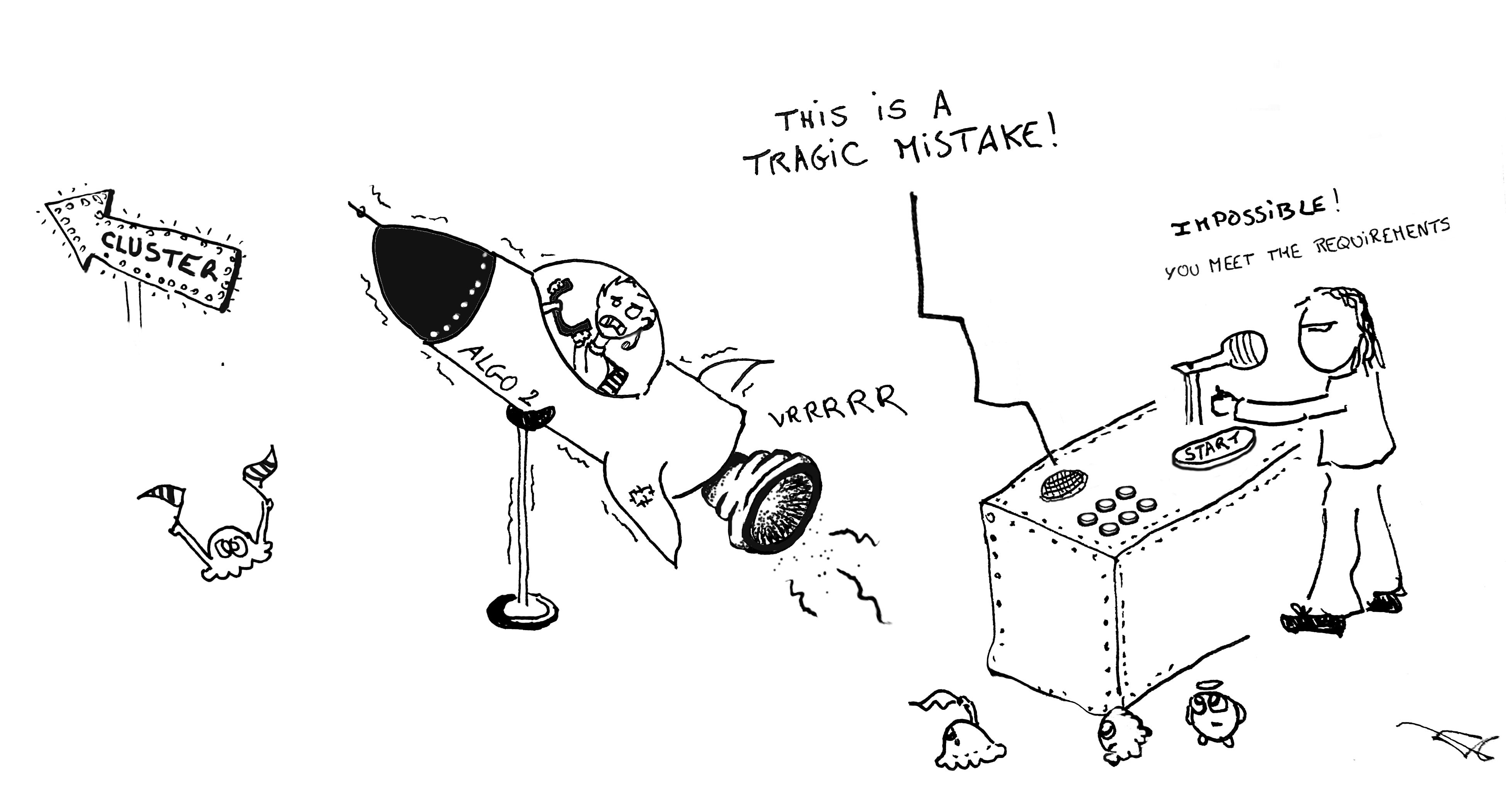 Found on Derek and Léonin’s bookshelf