*
« You said software design for ... ecology? How to write very SOLID code »

Why are we so often yelling at our compilers?

Programming concepts can seem so arid when you come from the biological world! Technical aspects of programming languages are useless if you do not understand why the technique has been invented. The most complex, weirdest features of modern languages (like for example move semantics in C++) obviously do not exist just for the pleasure to steepen our learning curve and make us suffer (or do they?).

This duality is at the heart of the programming activity. And yes, sometimes, it hurts.

A more human perspective to programming

As I was struggling with design concept not so long ago, a software developer introduced me to the idea that I should think about programming languages as actual languages, and about the programming activity as a creative, linguistic, almost literary experience.

In short: to think about code as a vector of communication between coders.

Design solutions are here to bring the exhaustive computational problem formulation (so exhaustive it can actually be solved by a machine) to the reach of our human intelligence.

So yes, this is a challenging goal!

Sometimes we are tempted to be lazy and to talk only to the machine, obfuscating the code to the human intelligence! Not so surprisingly, problems generally appear sooner or later if the code is not sanitized.

This recommandation made so much sense that it radically changed the way I was grasping code. For the better of course: enhanced readibility, modularity, efficiency resulted from the paradigm switch.

So let me present you coding as a literary, linguistic experience! 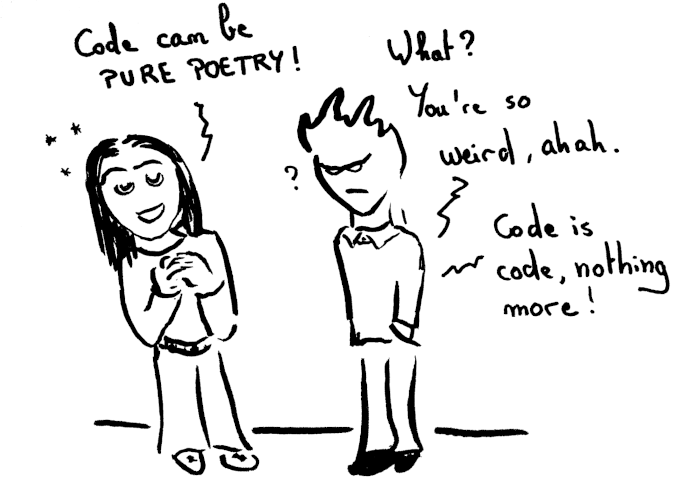 To understand better why software design and all the related technical jargon are so important, a pleasant first step is to reframe the question in a more intuitive perspective:

Quick answer: They all mirror our human incapacity to handle too much information.

Natural languages are crowded with loosely defined terms that allow us to efficiently express general ideas.

Perhaps that the main purpose of this blog is to get familiar with the idea that programming languages are not so different from natural languages in the sense that we can not pretend to remember all the details of our codes, so we need to build abstract words we can use to better communicate ideas to our pairs.

We will see which tools programming languages give us to do so.

By expressing more human concepts in our code, we allow a concise description of our problems and solutions. Because it requires creativity and skills, it becomes actually a very pleasant job!

“Computer programming is an art, because it applies accumulated knowledge to the world, because it requires skill and ingenuity, and especially because it produces objects of beauty. A programmer who subconsciously views himself as an artist will enjoy what he does and will do it better.” - Donald Knuth 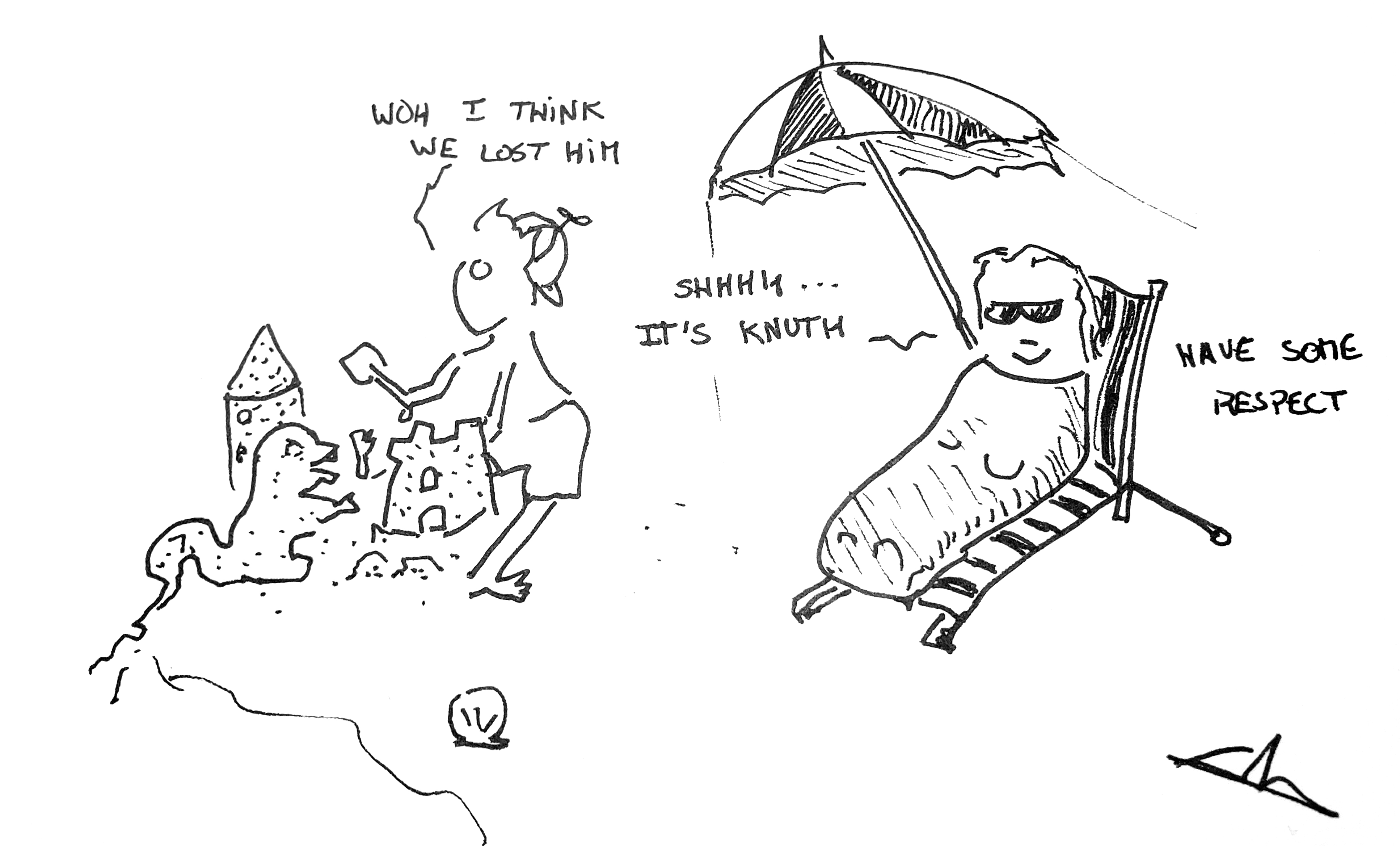 When you call a function, for example using R:

you have to understand that your life has been here facilitated by someone who wrote hundreds (or thousands) of code lines so you can manipulate comfortably the rather abstract concept of normal random distribution sampling.

As biologists caring about computational solutions, we will also need, at some point, to write thousands of code lines just to be able to express in our codes abstract biological concepts in a clear and efficient way.

So we have to forget about computer-oriented words like matrix, vectors, lists, dictionaries … and begin to invent in our codes new words like genotypes, individuals, landscapes!

This process is called a higher level of abstraction, and programming is all about that!

According to the language you are using, you will have different tools to invent this new semantic field you need to describe your biological problem.

Programming activity as a linguistic experience!

As biologists, we learned how to manipulate very abstract words like ecosystems, environmental niche or natural selection, but not how to reflect this degree of generality in our codes.

It can actually be detrimental for the research activity (as after some months no one remembers what these 5000 strange code lines describe, the code is lost), and I think it is worth to take a moment to wonder why, and to think about solutions.

It is widely admitted in the software engineering world that we tend to pay way too much attention to code details, when we should actually make our best to forget them: in this sense we should actually try to mimic the way natural languages work.

The urge to follow this principle of forgetting details is not new, and has been termed information hiding.

It’s a core programming concept, but not very well understood by our research communities, so we will share a lot about that! 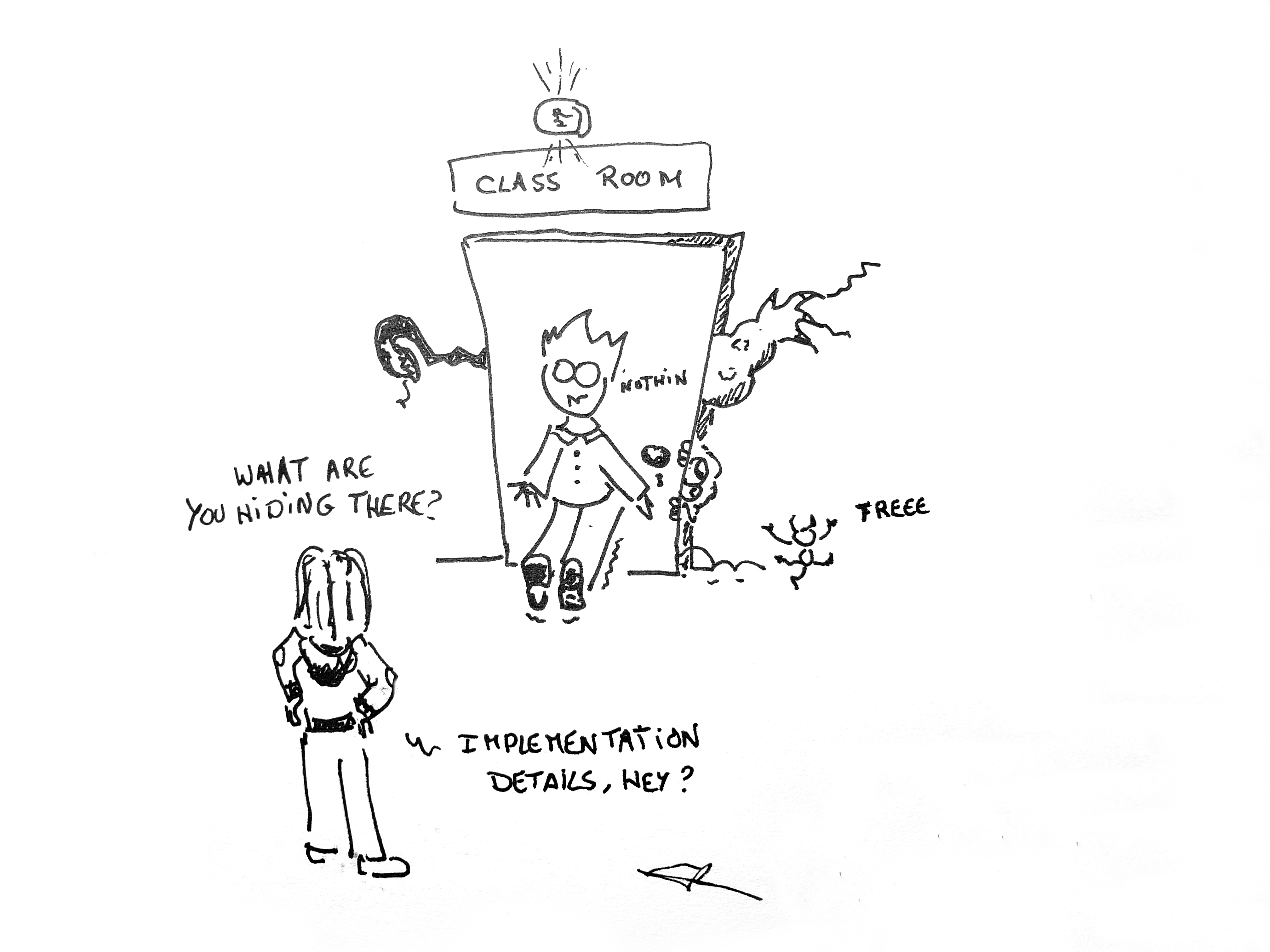 This metaphor encouraged a paradigm shift switching my mindset about the programming activity from a rather frustrating observation:

“I am writing arid instructions for this stupid machine.”

to a more fulfilling one:

“I am explaining to my fellow researcher-coder, perhaps even myself in a near future, perhaps someone else in 20 years, the problem at hand and how to solve it. I want the code to be as clear a understandable as the text of a scientific paper”.

So I used this as a constant reminder of our human condition to inevitably forget details dispersed through the code, were they documented.

Operating this mental shift, I was actually acknowledging my own weakness: oblivion! so I could adapt using the tools offered by the programming language that exist for this very purpose.

All the qualities we would like to enforce in our science projects!

Going through this post helped you understanding better how much abstraction is important for us, poor humans (machine actually don’t care).

The mindset presented here, along with time, patience and the required technical knowledge, can help you to write better code.

I hope that you will ultimately come to the idea that programming is not only about a technical description to the machine of a computational solution described in terms of 0 and 1.

Perhaps that programming can also be a new linguistic experience where a human has to write a text that can be understood both by the dumbest machine that can crunch the numbers and by a human intelligence able to understand the purpose.

I hope you will finally see programming languages as wonderful, living, powerful instruments of communication, that open new ways to think about the real world we aim to describe as biologists!

So have fun reading these posts, have fun coding, and appreciate the true beauty and intelligence of the programming activity!